Countries are in the Continents and Continents are the biggest pieces of land on Earth. We are going to be studying countries of our choice. I am studying Thailand. One fact I found interesting ( and confusing) “If you pronounce a word in Thai, it can be another word depending on how you say it.”  See ya next time on Sophieslearning. Please comment on what you think of my fact! 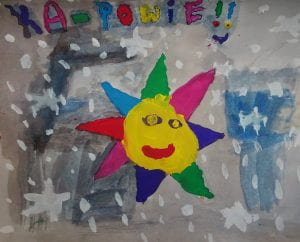 3Es Inquiry Wonderland was a project we did about science. We each chose a topic we new a little bit about and we studied it.  At the end we presented it to parents and some classes. I studied the Big Bang. The Big Bang created the universe. Before, the universe was in a bubble smaller then a pin head but there was so much matter and energy inside, it exploded. My favorite fact was “Scientists estimate that there are as many stars in the sky as grains of sand on the beaches on earth.”  These are 5 facts I learned.

1.The Big Bang can also be called the plank era

2. Scientists always try to recreate the Big Bang on scales in really big labs to learn more about the world.

My favorite part of the experience was building my board. I tried to make it look noticeable and colorful. Soon how about you try to study something. Just try and  maybe you’ll like it. 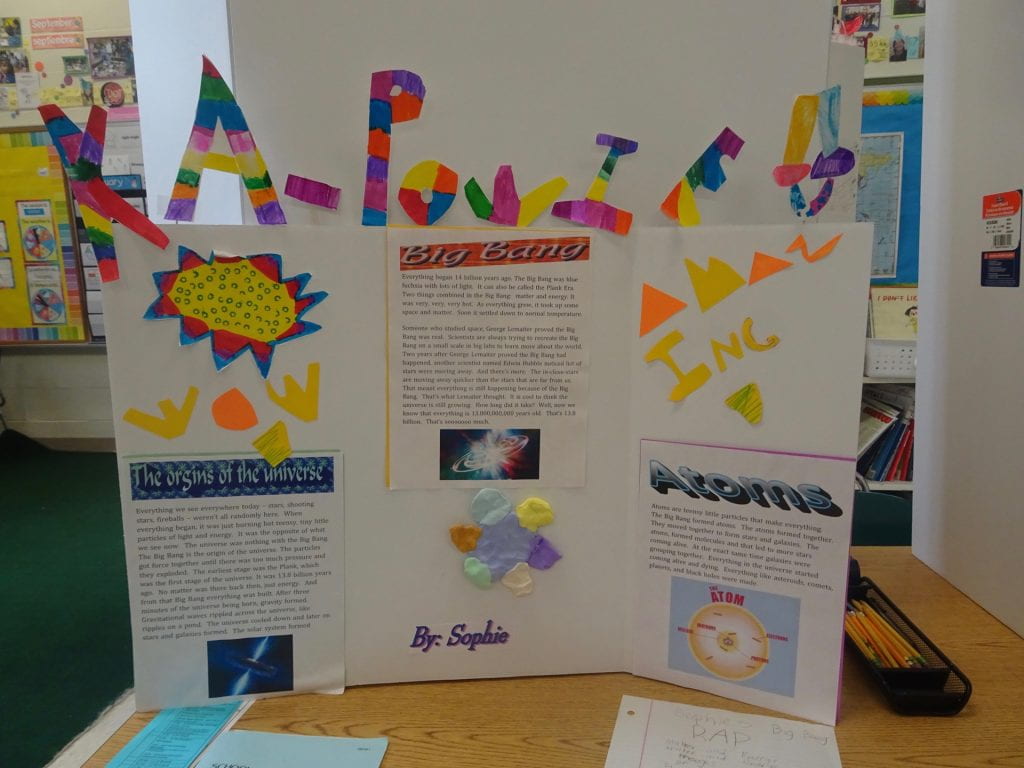 I got invited to compete with the top 3 states for Seacoast Soccer.  I was 1 out of 5 from my team!

Bahamas was a very awesome vacation. We were staying at a very awesome and very nice hotel. I made a friend there. I forget her name, but we went on the slides together. There was a very nice life guard who let us go down in any pose we wanted.  Other life guards were stricter so we snuck stuff. We ate starbucks and had fun! I think you should go to the Bahamas!

My babysitter Anna is awesome. She does anything I want to  do. She is fun  and she has a brother called David. David used to go to junior gym with my little brother James and last year they were in the same class. She brings him so we can play together. We play lots of games like soccer,  guess what i’m drawing. Anna is a great babysitter!

During break I went to London and Liverpool.  We stayed at my mom’s friend’s house. They have four kids. Their names are… Be (Beatrix) 5 years old and a girl, Harper 8 years old and a girl,  Quinn 11 years and a boy, and Lu Lu 13 years old girl. I want to remember singing with Harper and Lu Lu they both have OUTSTANDING voices especially Lu Lu.They both play guitar and taught themselves the piano! I also want to remember walking out where the players do and hearing the roar of the crowd and taking a picture with the manager and king Kenny and former players .And touching the grass the players play on. Wow. This is something that made  me feel proud.  I got lost in a toy store and I got lost so I stood by the stairs knowing everybody would go there and soon enough  my mom’s friend found me.

My new year resolution is…

I want to do 3 good deeds every day. I hope you have a new years resolution and if you don’t try to come up with on just think of something you want to improve on. Bye!

On Friday after school we went to my little brother James’s soccer game. I only got to watch a half because I had to go to foot sale. This time it was just our team sometimes it’s the other team in our age group. We played  a soccer game, but the thing about foot sale is you only play it with your seacoast team, it is a heavy ball so it can not lift off the ground, you play it on a basketball court. We played and someone stepped on my toe. It really hurt. I also tripped over the net and that day I found out the best bus driver in the world was leaving! And when I took my sock off I found out my toe was bleeding. That night we had breakfast for dinner. And we went to bed knowing we had a big day tomarrow.

Today I had basketball and to preform in a play! I was princess sassy pants. So we played basketball I got two baskets.I forget what the score was than we zipped out of the gym and got a smoothie and headed to Musical arts. I got dressed in the car  The play was a sucsess and I got lots of laughs. See ya later!

So we got the rest of our script and we found out THAT OUR SHOW IS SATURDAY! Let me tell you about our parts. So how we got our parts is we played a game that helped us. We made up a randum people and we acted like that person, and that’s who our character was. I am princess sassy pants. I am VERY sassy It’s fun to act because you get act compleatly what your not. It’s awsome you can be whatever you want when  you act. You  can be funny, silly , sad, shy , happy , compleatly opisisit of what you are. I got a lot of laughf’s in the play.  It  was very fun. I hope you try to act now.